You can come, make yourself comfortable and relax. We'll do the rest.

We would like to suggest unique dinner dishes, desserts, snacks - all of them prepared with ingredients of the best quality. We are able to prepare catering for various occasions: birthdays, baptisms, and company events. We've got a big room with a projector at your disposal, in which we are ready to organise training for companies and various groups with professional catering.

We cordially invite you to book tables in our restaurant! 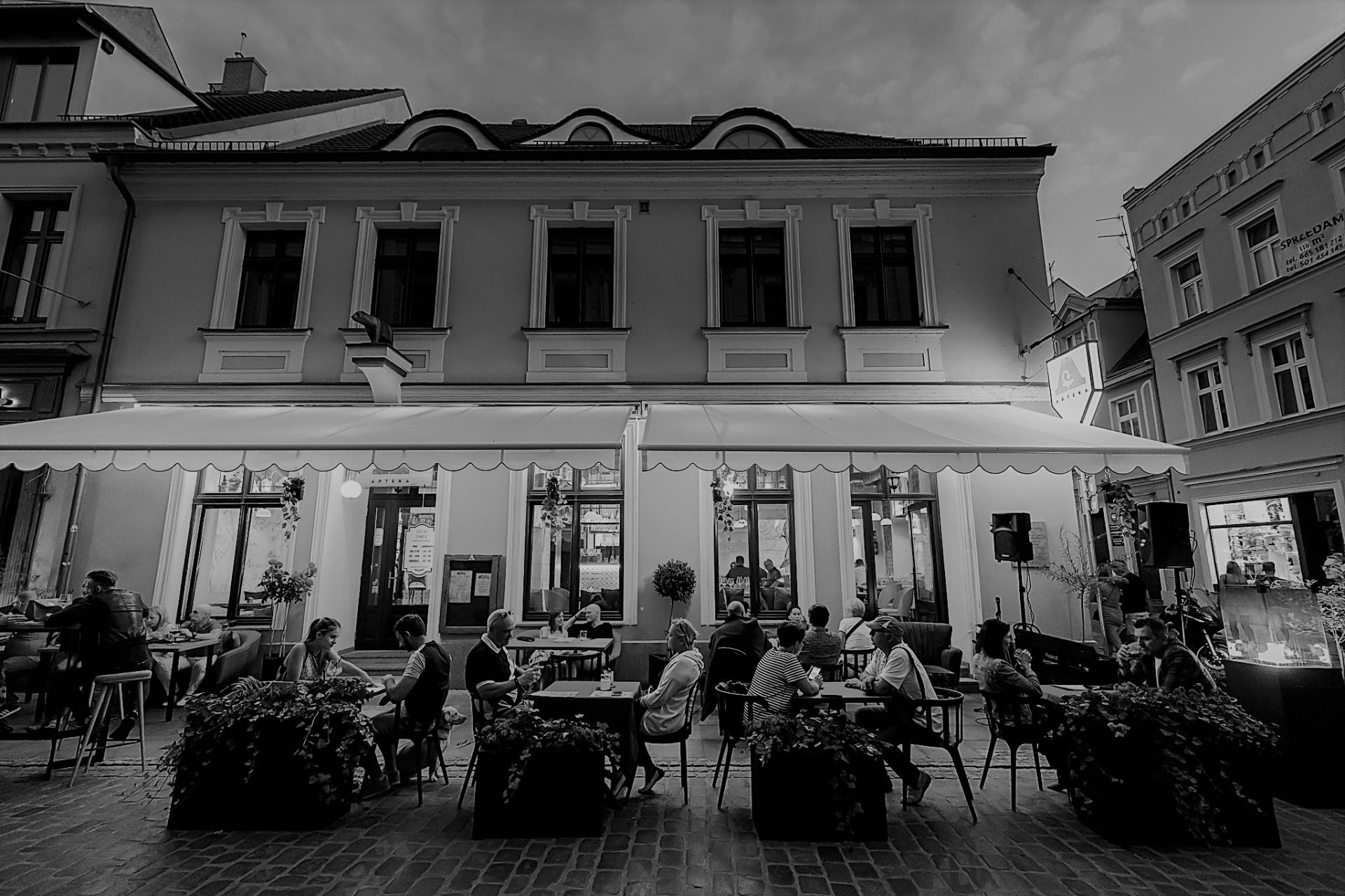 Historic place in heart of Bydgoszcz

The historic building is often associated with a bear statute, which was installed on the building’s facade in 1921. Prior to the bear statue, there was an eagle statue and since 1776, a pharmacy store called “Apteka Pod Czarnym Orłem” was located in the building.

Most of the owners of the tenement house, built by the end of the 18th century, were associated with pharmacy. The building has belonged to the Rochon family for almost one hundred years now. A famous founder of a well-known pharmacy store “Apteka Pod Niedźwiedziem” was a member of the Rochon family. The pharmacy store has thrived on Niedźwiedzia 11 street since 1922.

Any pharmacy activities in the tenement house were completely forsaken in 1951. Later on, among the others, a restaurant “Bar Pod Niedźwiadkiem” had its days of glory.

With the end of the 20th century and the beginning of the 21st century, there were various activities in the building. Until now, as the tenement house regained its former glory, in accordance with tradition, a pharmacy (Apteka) appeared once again, but in a completely different way…